I came across this in a used bookstore here in Jerusalem. The film is still my favourite thing to watch. I’ve never read the entire novel, and I thought it was fitting for a guy who isn’t religious to buy a copy of “Contact” in the most religious city in the world. I decided to have a relaxing afternoon, sitting in front of the Western Wall, with the Dome of the Rock in the background, reading a brilliant story about contact with alien civilizations.

Atheists are usually accused of not believing in anything, but this story and all of its ideas certainly offer more than enough for me. Not that the religions have it all wrong as far as living life goes, but even those concepts don’t require anything supernatural. All of that stuff comes later, in dogma, and it’s interesting to see people here put that part of their religious teaching aside in order to get along and live in relative peace.

I just flew into Tel Aviv, and at the moment I’m just hanging out in the airport waiting until I can go and meet my Couchsurfing host for this weekend. I was questioned by security immediately as I stepped off the airplane. I was questioned at passport control. I’ve been questioned three times by different security people during the eight hours I’ve been here.

It’s nothing invasive. Just the basics. “Passport please”. “Where are you going?” “What are you waiting for?” “Why did you take some pictures?” “Where do you live?” They’ve been perfectly polite each time, and they obviously have their eyes on everyone constantly, but otherwise you don’t see these people. Oh, they’re walking around…somewhere, but the airport is perfectly peaceful.

That’s how you do security. Identify potential threats and confront them right away. Don’t have gangs of uniformed, walking ego trips strolling through the departures lounge looking like they should have a job to do. Don’t treat everyone the same, because we clearly aren’t. It’s not politically correct, but it works. 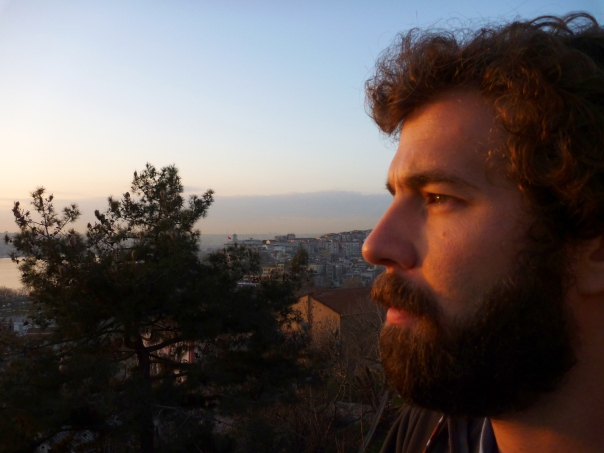 What a great city. I came here with no expectations, which I think is usually the best way to go, and I’ve been pleasantly surprised with how comfortable and interesting the place is. Turkey is going to be right near the top of my “I want to go back” list. Still, after a little over five months, I’m ready to leave Europe. Everything here feels familiar now, so it’s time for a change of scenery.

I’ve also been really glad to be back in a hostel again after a couple of weeks of almost completely solo travel. The Greek islands and Southwest Turkey were nice, but having to stay alone in cheap hotels has made me appreciate how good it feels to have some company around. They may start out as strangers, but hostel friendships are made quickly. It’s amazing to see how little time it takes for people to connect. This whole experience has certainly made me feel more open to that process than I ever was at home.

At this stage I’m ready to stop travelling alone. It’s been a great experience, but I find more and more than I want to be able to share it. Meeting new friends for a few days is fun and exciting, but nothing compares to the connection we feel with relationships that are years or decades old. I’ve always known that in my mind, but actually experiencing it has been so important.

One last thing for now. Dragging a broken heart around the world is not something I recommend. Do avoid it if you can.

Even though I haven’t been listening to new tracks for a few months, I honestly can’t imagine anything supplanting Darren Porter’s “Spellbound” as my favourite track of 2013. A bit of that classic Trance sound and a lot of modern energy, but without losing the emotional side. There’s nothing like uplifting Trance :)

It’s 2014 and I’m still travelling. It’s been a long time since Ireland, my last post here. Since then I’ve been through Scotland, Northern England, flew to Ibiza, visited Barcelona and the Cote d’Azur, Paris, Vimy Ridge, Holland, Germany, Vienna, and Budapest. I found some great new friends in the Balkans, went to Italy, and I’ve spent the last two weeks in Greece with family.

It’s been an amazing trip so far. Lots of great times, and down days. I certainly haven’t felt like writing very much over the past few months, and I’m not sure yet how much I’ll want to write in the months ahead.

Moving constantly can be exciting, but it’s gotten tiring lately, and the idea of looking up more travel routes, hostels and hotels, countries and places to see…it’s not as appealing now as when I started. By the time I leave Greece in almost a week I’ll have been away from home and mostly on my own for five months. I’m not ready to go back yet, but I can feel that desire creeping in. I think that eventually, I’ll want to go home more than I’ll want to keep travelling, which was my entire goal in the first place.

Travelling alone makes one realize how important it is to have people around one cares for. Places can be amazing, interesting, and beautiful, but are ultimately empty. Travelling can be fun, exciting, and inspiring, but happiness is only found in friends, family, and loved ones.