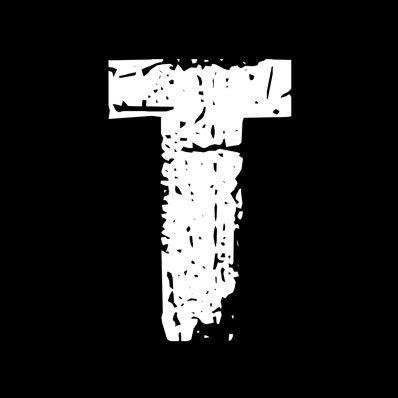 Here’s my latest set, recorded live during a guest mix I did on the Trancendance radio show with DJ Smiley Mike, which airs every Sunday night from 10pm-midnight on CiTR 101.9fm here in Vancouver.

This is one of the only times I’ve ever played Trance for anyone but myself. It was a lot of fun and I hope you’ll like it. Enjoy!

Graphene, carbon nanotubes, and other forms of “nano” materials are surely going to be a catastrophe. Perhaps we’ll find a way to control these new materials, but right now it’s hard to ignore the damage they will do to our own bodies and to our environment.

Graphene ‘miracle material’ could be toxic to humans

Finally, what has always been, for as long as I can remember, one of the ugliest buildings in the Lower Mainland has been stripped and gutted. This used to be Eaton’s, then Sears, but it was always hideous. It doesn’t matter what they do now, it will be an improvement.

Apart from adding the VFX image gallery and demo reel pages, the biggest update to the site so far has definitely been the series of header images. I’ve gone through a good chuck of my photo album and picked out, cropped, and uploaded images that will give people a general idea of me, I guess. The only rule I’m imposing for the header image for now is this: it must be one of my own photos. No VFX shots or renders, no friends’ pictures, and certainly nothing from any online source.

The header image is random, so it will load differently for each visit and for each page.

Well, I think I’ve found a WordPress template that I like enough, and have it customized with some of my own photos and colours. Thoughts?

I have to say, they still have really crappy tools for working with images and media. Maybe I’m missing some extra options, but so far things are made so easy through the web interface, that doing anything even remotely advanced is a serious chore. Bleh!

I’m already wondering how I’m going to manage my “media library” on WordPress once it gets more than a few dozen images in it. Pain…in…the…ass!

For those people who don’t understand the difference between Techno and Trance music, I’ve got a couple of examples here that should make it about as clear as is possible.

The differences in mood, intent, and emotion can’t possibly be more obvious in my mind. That’s not to say Techno can’t ever be happy, or emotionally uplifting, or that Trance can never be hard and dark, of course. In general, though, I think the overall atmosphere of a Trance party versus a Techno party is illustrated fairly well by these tracks.

I play almost exclusively Techno with a group called Soundproof here in Vancouver. Check out these videos from a recent event:

As far as Trance goes, I play that mostly for myself at home, or to record and listen to later. It’s still my favourite.

At some point I will at least get my old gallery up here. I actually kind of like the idea of being able to comment on each image individually, even if it takes some more work. I’m realizing that as convenient as it will be to have this WordPress hosted website, there is still going to be a lot of work involved in setting it up to the point that I’m happy with it. Don’t be surprised if the theme and layout changes a few more times, but eventually I’ll settle on something I’m happy with.

So far the setup has been easy, but I have to say I’m disappointed with how simple the customization options are for the standard WordPress templates. They make it sound like purchasing the customization package will unlock a slew of options, but without going into CSS and coding, those options are very limited. It’s just going to mean more work on my end eventually, which is one of the things I was hoping to avoid!

I can tell this is going to be a process, and eventually I’m almost certainly going to need to pay for the customization upgrade to get my own colours and fonts going on. Still, it will be significantly cheaper than using private hosting, and is no where near as much work as writing an entire website from scratch, which is what I did last time.

The hardest part of making any new website is getting some content onto it. Without that, it’s tough to tell if one’s design choices are even working or not. So I’m sure I’ll be writing a few “empty” posts like this one, just to fill in some space and let me see how all of these different themes look. Oh God…the themes. Overwhelming choice #1, I suppose.

Time to get at it…